On The Eve Of The Romanian Revolution (VII) Poland and the Romanian ‘Military Threat’
Larry L. Watts

In the late evening of August 19, 1989, barely one month after Budapest’s allegations of Romanian offensive preparations against it had been verified and debunked by Western analysts, new life was given the active measures theme projecting Romania as an “aggressive encampment” and imminent military threat. Seriously alarmed about the ultimate fate of socialism if the Hungarian and Polish party leaderships continued moving toward greater power-sharing with non-communist entities, Ceauşescu began advocating a meeting of all socialist states to discuss the basic issues of the “socialist construction” with renewed vigor already by 1987.[i]
Romanian intentions were discussed by Hungarian communist leader Karoly Grosz and Foreign Minister Horn during a meeting of the Politburo in Budapest in May 1989. When Grosz predicted that Ceauşescu would attack Hungarian reforms and invoke the Brezhnev Doctrine at the Warsaw Pact’s up-coming July 1989 summit in Bucharest, Horn corrected him, explaining that the Romanians did not in fact wish to discuss the problem “within the  framework of the Political Consultative Committee” at all.[ii]
Continuing to maintain the illegitimacy of any foreign military intervention within the Warsaw Pact, Ceauşescu sought a conference of all socialist countries in Europe to discuss the current state and future of socialism [since when]. As he underscored at the July 1989 PCC meeting:
[W]e are of the view that it is especially important for the socialist member-states of the Warsaw Pact and for all the socialist countries to jointly analyze and jointly establish the current issues of Socialist construction, how we can better work together, preparing the ranks for crisis and securing the social and economic development of every peoples on the socialist path.[iii]
A new opportunity depicting the Romanian leadership as hell-bent on military intervention was presented after the Solidarity electoral victory, on August 19, 1989, when Tadeusz Mazowiecki was appointed prime minister and given the task of forming the Polish government. That midnight, after Ceauşescu had personally presented his regime’s position on the matter to the Soviet ambassador, the Romanian foreign ministry called in each of the other Warsaw Pact ambassadors in turn and proposed an urgent meeting to discuss the fate of socialism in Poland, in Europe and globally. According to the version of this “oral declaration” published in the Polish press, Ceauşescu stated that:
As a Communist party and socialist country, [we] cannot consider this to be solely a Polish internal affair. [We] believe it concerns all socialist countries. … Given the above, the party leadership and government of Romania consider that the Communist and workers' parties of socialist countries, Warsaw Pact members must take a stand and insist that that Solidarity not be entrusted with the mission of forming a government. (...) The RCP leadership has decided to appeal to the PUWP [Polish United Workers Party] leadership, to political bureaus, [to] the leaders of many Warsaw Pact countries and other socialist countries to express grave concern and to act together to prevent the serious situation in Poland, on the defense of socialism and the Polish people.[iv]
The Romanian leader was urgently calling for a “conference of Party leaders, political forums, and other socialist state leaders” in order to prevent the collapse of socialism in Poland.[v] This was promptly spun as a call for military intervention in the very public protests disseminated widely by Warsaw and Budapest, as well as in the only slightly more discreet comments of Soviet officials to Western interlocutors.[vi] Ceauşescu, they claimed, had reversed Romania’s two-decades-long opposition to the Brezhnev Doctrine and had abandoned the “principle of non-interference in the internal affairs of states and parties” upon which Bucharest’s elites had insisted since the early 1960s. 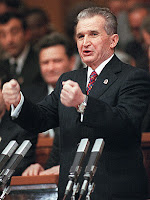 As Ceauşescu explained to his party’s Political Executive Committee the following day, a conference of all socialist countries “would constitute a powerful manifestation of the unity of our socialist countries, the affirmation of their solidarity and their decisiveness in strengthening that solidarity,” particularly since the Polish moves had been taken “in agreement with the Soviet Union and, I believe, one could say even more, even following the advice of the Soviet Union.”[vii] For this reason, he continued, “first of all the Soviets were addressed” because only they could “determine the leadership of the Polish United Workers Party to take a firmer position.”[viii] Through his declaration Ceauşescu sought to pressure the Kremlin in the full knowledge that the Jaruzelski leadership was firmly ensconced in Moscow’s pocket and not acting on its own.[ix]
Warsaw soundly trounced the proposal, expressing its dismay that Bucharest was not more supportive, while the Polish press advertised Ceauşescu’s initiative as advocating foreign military intervention against it.[x]  Following the Polish media, communist authorities in Budapest protested Ceauşescu’s call for “a common action ‘using all means necessary in order to obstruct the liquidation of socialism in Poland’,” highlighting those aspects of the Romanian leader’s declaration that could be misconstrued as implying advocacy for foreign military intervention.[xi]  Budapest even announced that “intervening militarily or with any other means in the domestic affairs of another country” was “in total contradiction” to Romania’s long-held stance against the 1968 invasion of Czechoslovakia, as if that is what Ceauşescu had advocated.[xii]
Ironically, Budapest debunked its own recent and extremely categorical campaign alleging Romanian preparations for a military intervention against it during April-July 1989. Now Hungarian officials were willing to acknowledge that prior to August 19/20, 1989, Bucharest had “permanently” and “systematically promoted” the principle of “non-interference in the internal affairs of other states,” before then insisting that the Romania’s alleged advocacy of military intervention in Poland stood “in total contradiction” to their former position.[xiii]
Soviet officials at the time (and long afterward) did their best to convince American and European interlocutors of Romania’s aggressive military threat within the Soviet Bloc. Citing Foreign Minister Eduard Shevardnadze’s personal aide as his source, International Department chief Anatoly Dobrynin claimed that Ceauşescu “demanded a Warsaw Pact military intervention in Poland because the anti-communist party Solidarity had won the elections.”[xiv] Dobrynin’s deputies at the International Department – which also coordinated the construction and dissemination of Soviet disinformation themes – propagated the same to U.S. officials and academics. One of those deputies, a former GRU officer, insisted to an American historian that “the Romanian government secretly urged the other Warsaw Pact states to join it in sending troops to Poland.”[xv] 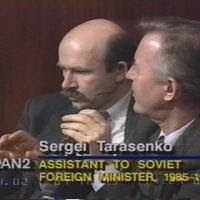 The Soviet foreign ministry was equally diligent. Sergei Tarasenko, one of Shevardnadze’s chief aides (and eventual deputy foreign minister), a specialist on the United States, falsely claimed to an influential former CIA and State Department analyst that the Romanian leader was “unaware of Gorbachev’s encouragement” of Polish reforms when he made his alleged call “for Warsaw Pact military intervention in Poland.”[xvi] The extent of this campaign and the insistence with which it was propagated persuaded many analysts in both government and academia that Ceauşescu was “advocating military intervention across the East Bloc.”[xvii]
The combined effect of cognitive bias, organizational pathologies and targeted disinformation ensured that the details of Romania’s role in ameliorating dangerous confrontation during the Cold War was known to relatively small circles of administration officials in the United States from Kennedy to Reagan. Among the broader analytical communities of U.S. intelligence and academia the perception of Romania hovered between the competing equine images of “maverick” and “Trojan horse” for most of the Cold War. Much of what Romania undertook and accomplished was simply too improbable and implausible to be accepted or understood without direct observation or involvement. And Soviet-sponsored disinformation came in confirmation of opinion that those accomplishments were not, in fact, real.
Romania had become the target of a Soviet Bloc-wide La Leyenda Negra; a scapegoat whose denigration relieved the other Warsaw Pact members from much critical Western attention.[xviii] And, at the same time, it had become a potentially disastrous problem for U.S. policy, which actively sought a fundamental transformation of the East-West relationship where the “East” was led and represented by the USSR. In consequence, the country and its regime could be depicted in the blackest and most outlandish of terms without serious challenge or verification. The policy imperative of neutralizing or removing obstacles to the end of the Cold War, which many in the West viewed as synonymous with Gorbachev’s opponents, bled into and even superseded the requirements of analytical accuracy.[xix] 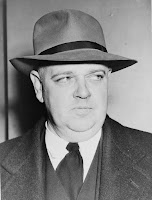 The leadership of the Romanian Communist Party and Socialist Republic of Romania believes that socialist Poland still could be saved. It is possible and necessary to prevent the greatest blow of contemporary imperialism against the cause of socialism.
[They] consider that after the formation of a new government in the People’s Republic of Poland (the Polish United Workers Party, the Polish Trade Union and the Army) it is necessary for the allied states, for all of the socialist countries to accord Poland economic and financial assistance with the aim of overcoming the profound crisis.
In conclusion, N. Ceauşescu expressed the hope that the leadership of the CPSU-USSR will examine operationally and with attention this appeal, and that M.S. Gorbachev will find the possibility of meeting with him on August 20.[xliv]
Once again recalling a report from Radio Yerevan, the Romanian leader did raise the issue of military intervention at the extraordinary session of party leaders in Moscow at the beginning of December 1989. But the manner in which it did so was very much the opposite of what Soviet, Polish and Hungarian sources alleged. In essence, the Romanian leader delivered a coup de grace to the chimera of any Romanian-advocated military intervention Poland. In his separate meeting with the Soviet leader on December 4, 1989, Ceauşescu told Gorbachev:
I believe that the Soviet Union, and I am referring primarily to the Communist Party of the Soviet Union, could have a certain role – not by force of the military – to help produce a better orientation [in Warsaw].[xlv]
Ironically, a “better orientation” was produced in Warsaw. But it had little to do with Ceauşescu’s preferences or, for that matter, with Gorbachev’s expectations.