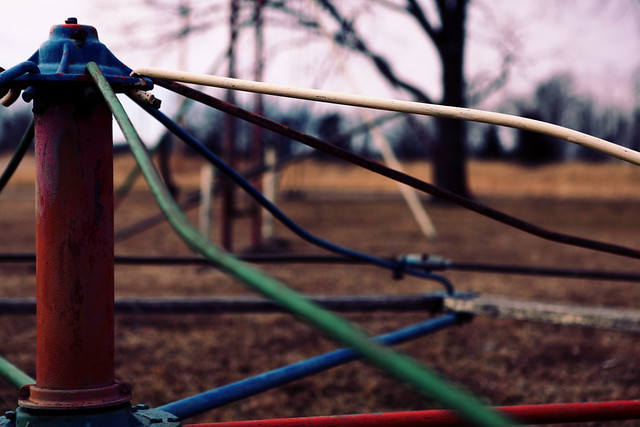 A History of Soviet Tourism

Confusion continues to surround many of the events and details of Romania’s Revolution of December 1989. So much so that each new archival revelation seems to complicate as much as it clarifies. The persistence of this seemingly perpetual fog is due not only to continued efforts at obfuscation but also, and perhaps even more so, to logical fallacies in research agendas and the lack of appropriate contexts.

In his very good book on the revolution based on the evidence then available, Peter Siani-Davies noted this apparently global breakdown of normal analytical processes when attention was turned to Romania. “It is a little ironic – he observed – that a revolution which sought to reassert rationality in Romania created an apparent collective loss of the same facility in the outside world.”
(P. Siani-Davies, The Romanian Revolution of December 1989 (2005): 282)

Indeed, structural problems afflict many of the arguments and approaches employed in studies of Romania in 1989. That does not mean, however, that such approaches can or should be simply dismissed. Not all arguments that prove structurally false in one respect are false in all respects. And even if they were false in all respects that would not necessarily mean that they are false in substance. One can be right based on only some of the reasons one uses. A single structural error in one’s argument does not invalidate it. One can even be right for all the wrong reasons.

Nor does the use of structurally false argument or substantially false conclusions necessarily mean that the analyst has a hidden or sinister agenda. Many structural and substantive errors in argument and analysis are born of very human cognitive biases that one can hope to identify and control but never remove.

For example, analysts who came to the study of Romania during the 60s and 70s were able to observe first-hand Bucharest’s extraordinary clashes with Moscow over foreign and security policy. Consequently, their evaluations usually take performance in those domains into account resulting in less absolutely negative assessments of the regime than those made by analysts who began their study during the 1980s, after the domestic situation and Ceausescu’s reputation had fallen into the abyss.

Apart from what might be considered a generational bias, analysts frequently mistake responsibility for cause, confusing ethical issues with a problem of agency by merging two very different questions – “How did it happen?” and “Who is to blame?” – into one and then demanding a single answer. Many an analyst has fallen victim to this error, as has more than one post-communist institution, rejecting evidence of regime behavior and intent that does not provide proof of the desired culpability as allegedly “rehabilitating” Ceausescu, communism, and repressive authoritarian dictatorship in general.

A related error commonly met is the argument ad consequentiam, whereby the validity of a line of reasoning is judged according to whether or not one likes its implications, driving the analyst to accept or reject reasoned argument on the basis of the consequences that flow from it. This error seems to surface whenever the possibility of Soviet bloc involvement in the revolution, the overthrow of the dictator, the collapse of communism, and/or the execution of Ceausescu are at issue. The apparent fear being that the Romanian people will be excluded entirely from the story of their own revolution or that the “real” culprits will be provided alibi.

In the next several blogs, I propose to approach the issue of Soviet bloc “tourists” by examining context, interests and evidence. The basic question addressed here, however, is not the role that “tourists” may or may not have played in the revolution – and certainly not the far less credible assertion that they played a determining role in it – but whether and why Soviet “tourists” might have been present and why it seems so difficult to establish the truth of their presence or absence.

The practice of infiltrating paramilitary and clandestine agents into countries for purposes of targeted violence, subversion, sabotage and terrorism is firmly embedded in Soviet security practice. The team of professional revolutionaries that Moscow sent into Hungary in November 1918 arrived under the cover of “humanitarian assistance,” in the guise of Red Cross “military surgeons and medical specialists” (as did a team sent to Poland in the same period.) Indeed, Soviet intelligence often used the Red Cross and “humanitarian missions” as façade for smuggling in agents, assassins, saboteurs, terrorists, etc.  (R. W. Leonard, Secret Soldiers of the Revolution: Soviet Military Intelligence, 1918-1933 (1999): 50, 59)

The KGB, the Soviet military and the loyalist bloc member services all sent clandestine operatives under cover of “tourists” into Czechoslovakia in 1968. Different sorts of “tourists” fulfilled different missions. Some were responsible for the commando operations that established a bridgehead by taking over Ruzyne airport in Prague. Some provided reconnaissance of transportation and invasion routes. Some established clandestine command networks to takeover control of both the soon-to-arrive invasion forces as well as the Czechoslovak armed forces. Some provoked opposition members and demonstrators into actions that could be used to justify the invasion. And some simply gathered intelligence on the unfolding events and their various players. (See L. Grigorescu and C. Moraru, “Trupe în Aproprierea Frontieri şi Turişti în Interior” [Troops Near the Frontier and Tourists Inside], Magazin istoric 32, no. 7 (1998): 29; M. Retegan, In the Shadow of the Prague Spring (2000): 93-100; C. Troncota, Duplicitării [The Duplicitous] (2004): 178, 181)

In 1968 in Czechoslovakia, the provocateurs and intelligence gatherers from the KGB's PROGRESS operation appeared as “tourists” and “journalists” from West Germany, Austria, England, Switzerland, Lebanon and even Mexico. Meanwhile, the Soviets claimed that Western agents disguised as “tourists” were flooding into the country. (V. Mitrokhin and C. Andrew, Sword and Shield (2000): 251-257, 334; O. Kalugin, The First Directorate (1994), p. 107)

In 1968 Romania also experienced an unusual influx of Soviet bloc “tourists,” mostly coming in over the Bulgarian border – Bulgaria being the least threatening of Romania’s Warsaw Pact neighbors. These “Bulgarians” gathered around stores in the immediate vicinity of the Romanian Ministry Defense, which was subsequently relocated because of that incident. (Retegan, In the Shadow of the Prague Spring (2000): 93-100)

This was the first time local security organs noted the peculiar urge of young men of military service age, with correspondingly short hair cuts and high standards of fitness, to visit Romania during crisis. Former Warsaw Pact Chief of Staff General A. Gribkov described the Romanian reaction in his 1998 memoires:

“The Romanians were concerned they would share the fate of Czechoslovakia. So they adopted a doctrine of “defense of the entire people.” Gradually and secretly they redeployed their troops. The best-equipped and most combat capable divisions were deployed close to the Soviet border and to the Iron Gates [on the Yugoslav frontier], and close to the border with Bulgaria. Later the Hungarian front was strengthened. They deployed anti-aircraft batteries with combat charges, at all airports, including the capital, for destruction of aircraft and airborne troops. The Commander-in-Chief and Chief of Staff of the Warsaw Pact Armed Forces did not have the right to land at Romanian airports or to fly across its territory to Bulgaria without written permission from the Romanian authorities. When a [Soviet] aircraft approached Romania - it was as if it was about to be put under enemy fire.”
(A. I. Gribkov, Sud’ba varshavskogo dogovora: Vospominania, Dokumenty, fakty [Part of the Warsaw Pact: Recollections, Documents, Facts], (1998): 75-76)

The West German military attaché warned that if the Soviets could not force Romania to host a military exercise in order to achieve “the permanent stationing of Soviet troops and also the replacement of several high officials of the party and state who in one way or another oppose the Soviet line” then “the contingency plan of the Soviet leadership provided for instigation of diversions among population and the establishment of pro-Soviet factions to oppose the measures taken by the Romanian government, both domestically and in foreign policy.” (M. Ionescu and D. Deletant, Romania and the Warsaw Pact: 1955-1989 (2004): 86, http://www.wilsoncenter.org/publication/deletant-ionescu-romania-and-the-warsaw-pact)

In 1980 and 1981 Soviet bloc “tourists” descended upon Poland. Apparently, their missions were very similar to that of the “tourists” visiting Czechoslovakia (and those involved in aborted missions in Romania) a dozen years earlier. General Gribkov later acknowledged not only that there was a “plan for the entry of allied troops into Poland,” but also that “there was even a reconnaissance of routes of movement and of regions of concentration of troops, in which Polish representatives took an active part.” As part of this plan the “SOYUZ” exercise was mounted and continued for two-months, and the staff headquarters of the Warsaw Pact was relocated from Moscow to Legnica, Poland. (Gribkov (1998): 144-146)

The CIA’s principal asset on the Polish General Staff, Colonel Ryszard Kuklinski, likewise reported that the loyalist Soviet bloc members sent officers into Poland “dressed in civilian clothing” to undertake “reconnaissance of invasion routes as well as the distances and terrain for future operations.” (www.kuklinski.us) Czechoslovak intelligence archives confirm that, in 1980/1981, “several hundred agents” of the Czechoslovak state security “volunteered to go to Poland” as part of a Soviet-planned invasion. That group stood down only after martial law was implemented. (Mladá Fronta Dnes (Prague), 21/12/2005.)


Between the Czechoslovak and Polish crises the USSR had invaded Afghanistan in December 1979. In the best of cases Kabul was an unlikely vacation destination and a sudden influx of “tourists” would have stood out like the proverbial sore thumb. Thus, commando units were infiltrated in as aircraft maintenance and embassy staff personnel. (Gromyko-Andropov-Ustinov-Ponomarev Reports, 28/6/79 and 6/12/79 in Cold War International History Project Bulletin (CWIHP) 8-9 (1996): 152, 159, http://www.wilsoncenter.org/publication/bulletin-no-89-winter-1996)

Along with the periodic use of “tourist” and “humanitarian assistance” cover, the exertion of pressure on the borders of non-compliant partners by Moscow had a history of over 70 years before December 1989. Typically, Moscow coordinated reports of border incidents by other bloc members that set the target country in a negative light internationally and registered official complaints against the target country’s border closures. These techniques were applied towards Romania, Poland, Finland and the Baltic states in 1939-40, and again versus Yugoslavia in 1949-51.

As the CIA observed in the latter case, “the Soviet attack was carried on by Hungary and Albania and strongly supported by Bulgaria,” and “included troop concentrations and recurring incidents along the Albanian, Bulgarian and Hungarian borders with Yugoslavia, increased hostile Hungarian espionage activity,” open Bulgarian encouragement of “subversive activities” and sabotage within the country including “harassment by guerilla forays, particularly in Yugoslav Macedonia,” and the “tightening of the economic blockade.” The loyalist bloc members coordinated their propaganda “to undermine Tito’s internal and world position,” giving “considerable play to charges that the other side is suppressing various national minorities and denying their rights.” (CFM Meeting 24/6/49, Tito-Kremlin Conflict 2/9/49 and Propaganda Directed To or About Yugoslavia 1/9/50, www.foia.cia.gov)

None of this proves anything about December 1989. However, it does prove that the concept of Soviet “tourists” was neither an absurd “fairy tale” nor a fantastic “myth” invented by Ceausescu. The insertion of Soviet intelligence and military personnel in the guise of “tourists” was eminently plausible precisely because Moscow had done it many times before. The Soviets had even done it before in Romania. By 1989 the precedent of Soviet “tourism” for ulterior purposes was well established.