The historian Larry L. Watts has just published a working paper about the mediating role Romania played in the Vietnam War, "Mediating the Vietnam War: Romania and the First Trinh Signal, 1965-1966". In his own words,

"This working paper examines the little-known Romanian role in the search for a peaceful solution to the Vietnam War during 1965-1966 and leading up to the January 1967 “Trinh Signal,” in which North Vietnam officially accepted the possibility of negotiating with the United States. Forty-one accompanying documents from the Romanian National Archives spanning the period from March 1965 to January 1967 are translated and published in English here for the first time. These documents indicate that Romania actively encouraged negotiations during 1965-1966 and was far more influential with the North Vietnamese than traditionally thought. They also suggest that Bucharest played a significant role in achieving what is commonly considered the first real breakthrough in movement towards peace talks."

While it seems that today's Romania could not play a similar role, one finds the US foreign policy operating with a similar set of constraints--on the one hand, it finds difficult to tell friend from foe, on the other, the many coexisting voices in the American landscape make it difficult for a consensus to emerge. Like in the past, Watts' text targets multiple audiences, yet like never before we are confronted by a cacophony of voices representing fast rearranging players and interests. This lesson of the past should not be missed!

The Romanian politicians of that time had become quite adept at representing the situation they were in,

"To Bucharest this smacked of the sort of great power collusion that diminished and even negated the independence of smaller states. The Romanians were by now quite familiar with Moscow’s practice of conducting meetings with loyalist partners about which Bucharest would not be informed, much less invited, and after which the other bloc members would attempt to impose their decisions as fait accompli."

"Alone within the Warsaw Pact, Romania shared a common perspective with the Vietnamese regarding (1) independent national control over foreign and security policy, (2) “people’s war,” and (3) relations with China. At the same time, Bucharest had learned several useful lessons from its experience as intermediary between Moscow and Beijing at the start of the 1960s that served it well in subsequent efforts. Among them was the utility of even the smallest of steps towards disengagement and the value of even the most modest and temporary of improvements in atmospherics, even when the situation appeared otherwise hopeless."

"It was important, the Romanians had learned, to realize that intermediation by small states differed significantly from larger state endeavors. Lacking any means to enforce compromise the only effective approach for small states was to assist belligerent parties to recognize their own self-interest in negotiated solutions. And it was of overwhelming importance to be cognizant of and up front about one’s own interests in undertaking the effort in the first place.

Bucharest did not present peace “packages” or comprehensive plans; it identified incremental steps for improving communication and understanding between the parties to the conflict with the aim of sitting them down face-to-face, where they could work out the important differences amongst themselves, without the inevitably distorting effect of intermediaries.

Although it was later mistakenly perceived as exploiting the differences between the United States and the Soviet Union, as well as those between the People’s Republic of China and the USSR, Romanian policy was in fact directed at diametrically opposite ends.

The basic thinking, indeed the conviction, behind it held that if all of the states were gathered around the same table then none could dominate the others. Bucharest had very little time for those states that pursued their interests by encouraging tensions between other states, and it constantly sought to combat the use of that approach by the great powers with which it wished to have functional and friendly relations."

Our world is about to reenter an age when 'none could be dominated by others' as the post-Cold War peace is strenuously tested.  For those interested, the paper is available here, or here. 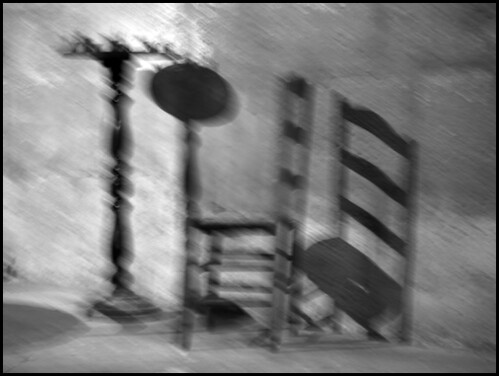